Haddington East TRA has been working with Cllr Akhtar to develop and upgrade their local park. Together they have attained enough funding for a complete overhaul. This is what Cllr Akhtar had to say:
“As a Councillor I passionately believe in working alongside your local community to help make a difference. And this was a perfect example of a local issue that needed to be addressed and the local community deciding how best to take it forward. Our starting point was a large park area with some of the play equipment having to be removed due to its safety. This left a big park space and a clear message from the local community to improve the local facilities for the children and families in the area.
In this situation, Haddington East Tenant’s & Residents Association (HETRA) and the Nungate Gala were the perfect local organisations for me to work with to take this forward. I was delighted to work with Alan Dunton, Chair of HETRA who organised an open community meeting.
At the first meeting there was a great turn out and the opportunity to talk to local residents who told us what they would like to see in the playpark. HETRA worked with the local community to come up with ideas as to what they wanted to see in their local area.
This gave me enough evidence for an application to the Local Housing Partnership who agreed to fund £50,000 towards the play equipment. The playparks team produced a number of options for the local community to decide upon.
For the next stage I’m hugely grateful to Liz McDougal from the Nungate Gala who let me hold a stall at their Santa’s Grotto and Christmas tree lighting ceremony. I put the options on display and hundreds of children and families told us their views. The playpark options were also at the Library in Haddington to enable anyone who missed the Christmas event. This helped to determine which option to take forward and it being very clearly decided by the local community.
And here we are a new playpark that will be ready over the next week for children to enjoy during the summer holidays. That’s how to engage with the local community and make a difference.”

Haddington East TRA would like to thank Cllr Akhtar for all her hard work and they are looking forward for the playpark to be completed over the coming months.
HETRA are looking for new members of the community to come along to the regular monthly meetings to share their views, ideas and issues as well as explore options to instigate any appropriate changes within the area that will benefit the whole community.

HETRA is a community based organization working as volunteers to improve services for people in their local area, and will continue to influence the many issues that have arisen including road safety, estate inspections, rents, local improvements, funding, housing policy and much more…….. 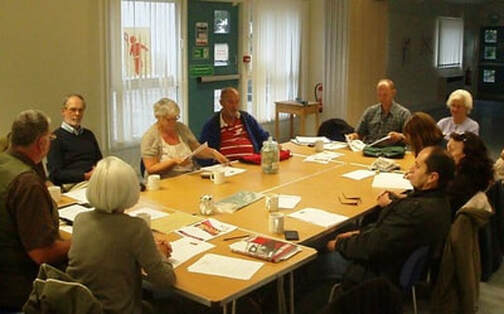 Our Chair is Alan Dunton, if you live in the area and would like to know more, contact Alan:
​
Alan Dunton
40 Nungate Gardens
EH41 4EE
07749773828
alandunton1@gmail.com
Email Alan